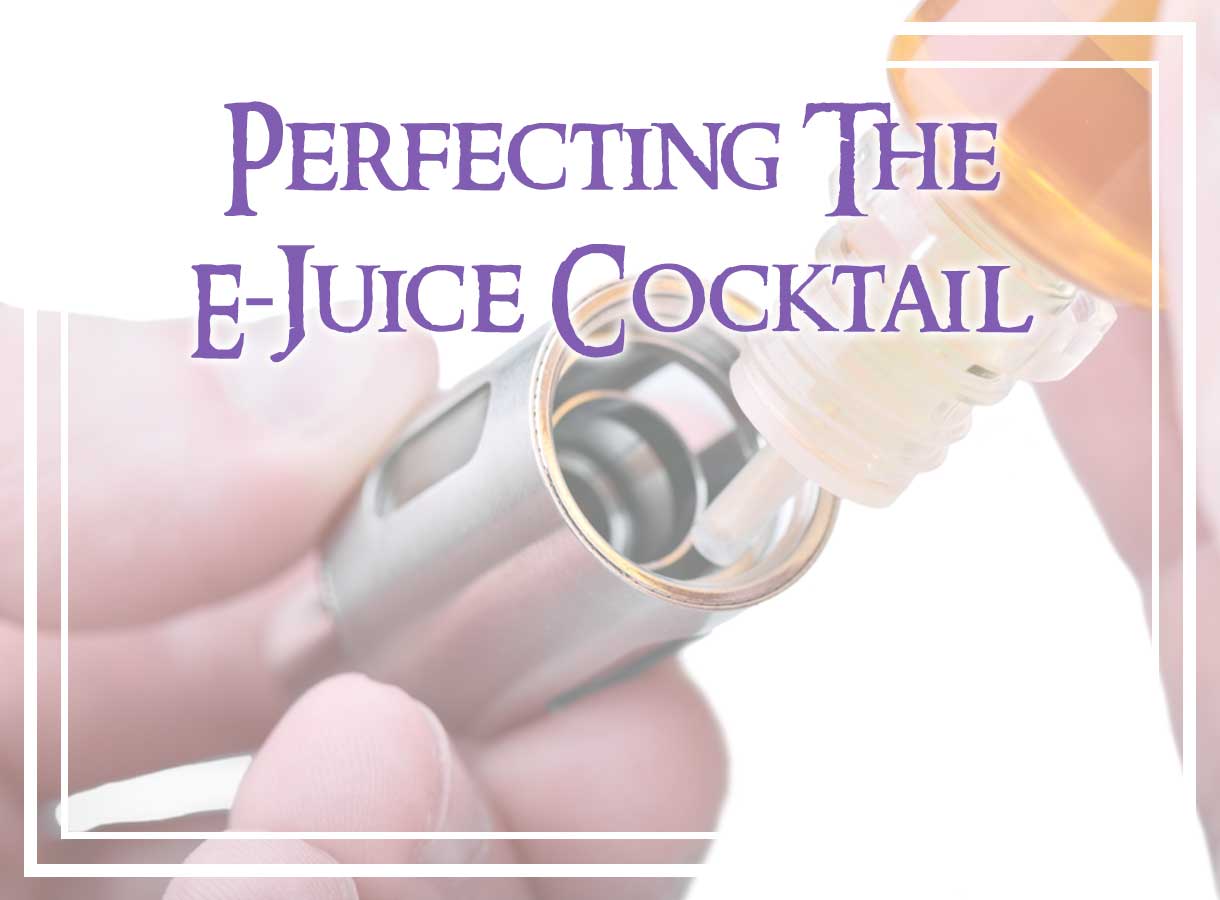 So maybe you’re a big time connoisseur of vaping and all things related to e-cigarettes. Good for you, you really know your stuff but do you ever wonder if you can improve the flavour of your e-juice? I know you meticulously choose your flavourings and maybe even put together your own personal flavour profile but is that it? Is there anything else that can be done? The answer is yes.
Nicotine Level. Nicotine is known to have its own unique taste but the higher the level of nicotine, the more likely it’s going to drown out the flavourings. Higher levels of nicotine also creates a harsher throat hit, forcing shorter drags and less flavour from each pull. If you’re looking to enhance the flavour, consider lowering your nicotine levels and when, it comes down to preference, there’s definitely a sweet spot for every vaper out there.
Propylene Glycol Level. The propylene glycol (or PG) and vegetable glycerin (or VG) ratio of your e-liquid can greatly affect the flavour. PG is a thin, clear and tasteless ingredient so it’s natural properties allow the flavours of the liquid to be more pronounced. Conversely, VG is sweeter so finding a true taste is much harder.
Steeping Process. Steeping allows all of the ingredients to come together in an unique blend. Although some e-liquids take up to two months to reveal the true flavour, the recommended steeping time is a minimum of two weeks. To steep your e-liquid, the bottle must sit in a cool, dark area. Shaking the bottle then opening it to allow it to breathe daily will yield a quicker turn around time. Test it every two weeks to monitor the flavour. Shaking up your bottle for 15 to 30 seconds every time before using can also help make sure that the flavours are distributed evenly.
Degradation Prevention. Ingredient degradation can also be a key factor affecting the loss of flavour. It usually occurs over time but can be accelerated based on the manner in which the e-liquids are stored. Many liquids have an estimated expiration date of one to two years after they’re made but a loss of flavour may be noticeable as soon as six to twelve months. Just like steeping, store your e-liquids away from the sun or any other steady source of heat — this is the best way to prevent them from expiring prematurely and with proper storage, it’s possible to preserve the flavour well beyond a year.
Sub-Ohming. Sub-ohming is vaping from an atomizer with a coil that registers below one ohm of electrical resistance. Sub-ohming tends to provide more flavour because it usually requires a coil-build that uses a larger wire gauge. More wire means extra surface area, which means a greater amount of e-liquid is being vaporized. Sub-ohming also calls for higher wattage to cover the broader surface area, creating generous amounts of vapour and producing a high concentration of flavour. While sub-ohming does consume more e-liquid, it provides the best flavour.
Coil Addition. Adding coils is a direct way of expanding surface area to your atomizer. There is more e-liquid in contact with the coils in a dual-coil atomizer which enhances the vapour and flavour. Keep in mind, just like sub-ohming, you’ll need a higher wattage for dual coils which may require a stronger device — running at a higher wattage will also drain batteries more quickly.
Increased Airflow. Manufacturers design atomizers for two purposes: to increase vapour production and enhance flavour. An atomizer that directs airflow to the coils will undoubtedly heighten the taste of the e-liquid. For ideal results, it’s best to let the airflow come from behind or beneath the coils leading straight to the drip tip.
Glass Tanks. The quality of your tank can directly impact the taste of your e-liquid — vaping with a glass tank is another way to maximize the flavour, whereas plastic tanks can slightly reduce it.
With all these suggestions for you to try, you can not only tweak your flavour blend but you can improve the way your atomizer works and choose better equipment.

Does All eJuice Contain Nicotine? Your Ultimate Guide
May 21, 2021

E-Juice for Beginners: 5 of the Best Flavor Options for Those Starting Out
December 4, 2019

The Daily Grind Of Breaking Up Weed
August 7, 2016