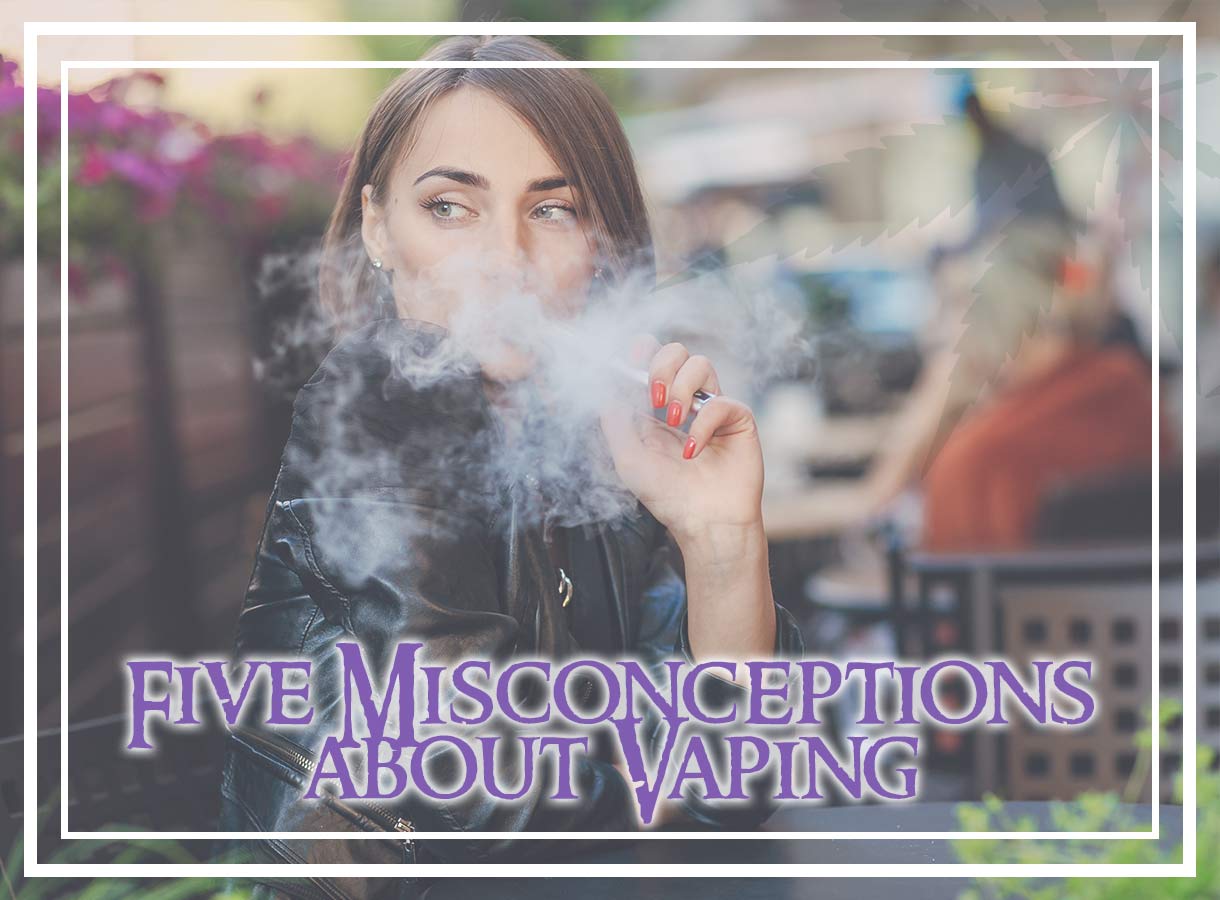 It’s no big surprise that people have a pretty strong opinion about e-cigs; those who love them and those who oppose them seem like they could argue for hours about the subject. But for those of us who do love them, it can get a bit tiresome hearing all the negativity. Here’s some of the top misconceptions about e-cigs.

I’m sure you’ve heard this hundreds of times. The truth, though, is that many health organizations will recommend vaping as a way for smokers to quit. They also agree that there is little evidence to show that non-smokers are using the devices, meaning the primary audience for e-cigs is, you guessed it, smokers looking to quit. Bringing me to my next point…

2. Vaping does not help you quit smoking

Just like any tool you can use to quit, e-cigs are not the magical answer. You do need to want to quit and to put in the effort. However, a recent international survey

found that 72% of users agreed e-cigs reduced their cravings and withdrawal symptoms. And of the over 2000 people who took part in that survey, 96% reported

that vaping helped them stop smoking. The main point is that those who are trying to quit will usually have great success when using e-cigs; however, those who just pick up an e-cig for the sake of owning one may not actually quit but will likely still lower their consumption of cigarettes. Regardless, both are positive outcomes.

Formaldehyde, anyone? I’m sure we’ve all heard that e-cig juice is laden with a bounty of lung-killing chemicals including, yes, formaldehyde. There’s no way we can guarantee that isn’t true if you’re order e-juice online somewhere for 50 cents; however, if you are buying e-juice from a reputable source then you are most likely getting a blend of propylene glycol, glycerin, water, nicotine, and some flavorings. Just so you know, propylene glycol is the base generally used in asthma inhalers!

We don’t recommend vaping in the middle of a restaurant or mall; however, the reasoning is more out of respect for those around you than it is for actually endangering them in any way. A study on a toxicology of e-cigs actually showed that the vapor exhaled is about as toxic as the air we breathe every day.

More expensive than not smoking at all? Sure. More expensive than cigarettes? No way. The initial setup for your e-cig may run you $100 or more, but after that you’re just buying the juice and (low cost) coils. That compared to some of us spending $15 a day on a pack of smokes? There shouldn’t even be an argument there.