Hollywood: The Silver Screen or a Screen of Smoke

They say that every good thing in life is either illegal, immoral or fattening. Smoking doesn’t fall into any of those categories but it remains controversial in any case. On the one hand, nicotine is hardly a blessing for your lungs. On the other hand, the culture of smoking has a strong popular appeal throughout the world. 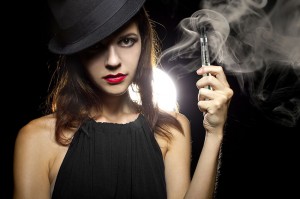 The English-speaking part of the world is no exception. A list of famous personalities, renowned for their devotion to a pipe or a good cigar, is long and impressive. The ranking is subjective but I would say that Sir Winston Churchill and Sherlock Holmes (as fictitious as he might be) top the list. The rest of the celebrities come from literally every field of human activities: there are writers (such as Mark Twain and Rudyard Kipling), politicians (John F. Kennedy and Bill Klinton), athletes and coaches (Michael Jordan, Babe Ruth and Red Auerbach), and even outstanding criminals (Al Capone). Yet, with all due respect to all the above, the most influential champions of smoking are movie stars.

People in general and teenagers in particular need idols and role-models, and the Gods of the Silver Screen are perfectly placed to answer the call. Manly machos, such as Arnold Schwarzenegger, or sleek Don-Juans in shape and form of Tom Cruise or Jack Nicolson render smoking an aura of good taste and success. The aura instantly spreads through countries and continents and turns any attempt to dissuade young people from smoking into an uphill struggle (if not a “Mission Impossible”).

Adage goes “If you can’t beat them, join them!” The best way to shatter an emotional appeal is to offer an equally appealing alternative. The alternative provided by a relatively recent invention, e-sigs, seems to do even better: it improves the initial offer by keeping that what really matters on the emotional level (the image) while getting rid of the harming part (the nicotine). Who knows, maybe soon enough the Silver Screen will feature an irresistible hero with a purple e-cig between his teeth.