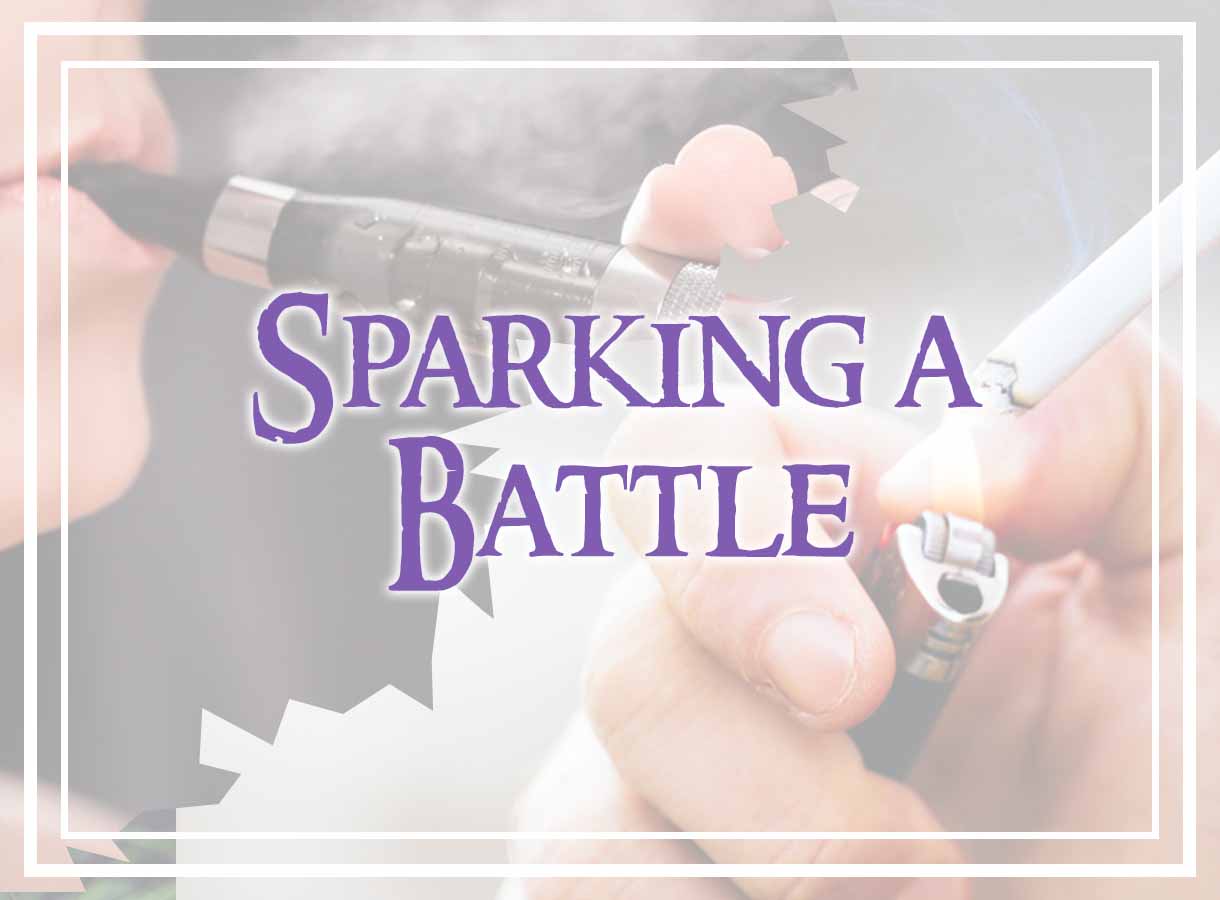 One strategy as of late is for the large tobacco companies to begin marketing their own e-cigarettes. The problem with this is that these companies are pushing for more strict regulations on the sales of e-cigs, meaning that the FDA is now stepping in. And as guidelines change, smaller e-cigarette companies may fall to the side, not having the resources to meet these regulations. And as the circle comes to a close, said small companies may actually be bought out by the large tobacco companies, leaving them back in control once again .

Recently, in May 2016, one e-cigarette company, Nicopure Labs LLC, filed the first lawsuit against the FDA’s new e-cigarette rule. This rule allows the FDA to regulate e-cigarettes and, worst of all, requires that any product that was rolled out after February 2007 must be put through an expensive approval process. Industry leaders in the e-cigarette franchise immediately stepped up with complaints about this new rule as most of their products came out after 2009 and they fear that this new FDA practice could completely demolish their companies.

Jason del Giudice, co-founder of Nicopure Labs LLC, stated that the “FDA’s rule does not protect the consumer from low quality products; instead, it places a disproportionate and unjustified regulatory burden on compliant companies such as ourselves, who are determined to drive the industry to the highest standards of quality and innovation… The government’s role is not to regulate for the sake of regulation; regulation must be based on sound science and robust procedure…”

Tobacco companies bring in billions of dollars each year. As the interest  in e-cigarettes continues to go up, as does the threat to their companies. They are not taking this lying down; however, luckily, neither are the e-cigarette companies. Although unfortunate that it has come to a lawsuit, it is good to see that e-cigarette organizations are fighting back for the continual, fair sale of their products.

The Marvel Of Medical Marijuana
August 7, 2016