The Big Bong Theory – How Did It All Start? 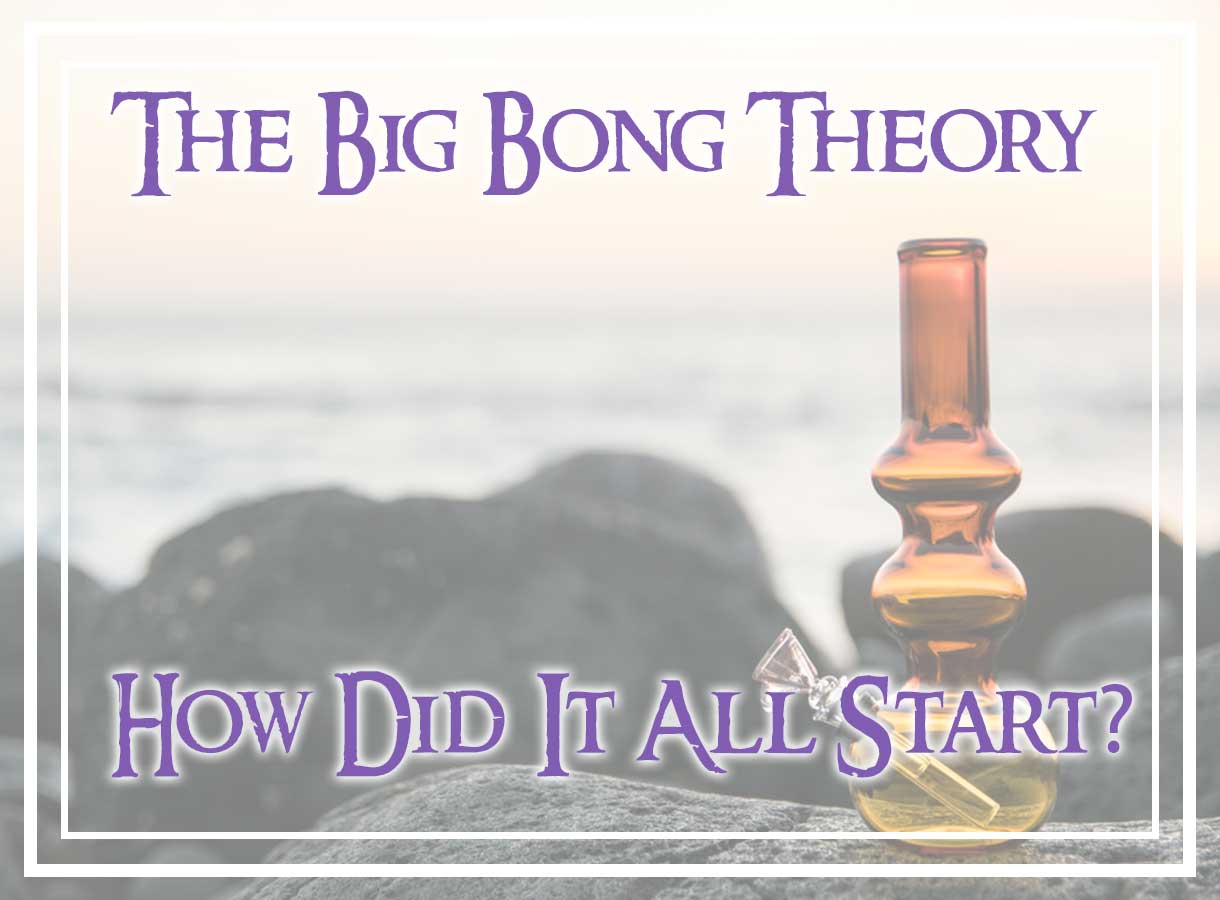 When it comes to ingesting cannabis, there are many reasons to seek the desired effect of smoking marijuana — some people use it to relax, some people use it to alleviate chronic pain and some people use it to help with insomnia. No matter the reason, one of the most popular ways to achieve this desired effect is using a bong.
Bong is derived from the word ‘baung’ from Thai culture and refers to a round bamboo tube, which is the equivalent of the modern day usage tool — a cylindrical smoking pipe. One of the first civilizations to use cannabis was China and have used bongs for a very long time. Some tribes in ancient Africa used the main principles of modern water pipes’ structure to build earthen bongs. Archaeologists have even found two specimens made of pure gold in the area of modern Russia — these bongs are dated back to 2400 years ago and were not only used for cannabis but for opium as well. In ancient times, bongs were closely related to hookahs that were used for both cannabis and tobacco consuming.
Through the history, bongs were made from different materials, such as wood, bamboo, plastic, and ceramics. Modern water pipes are mainly made from glass, are treated like pieces of art and come in different shapes and sizes — at the same time, they remain highly functional. These days, unique designs are created through innovations — combining style with functionality.
Depending on the design of the bong, the same parts can look differently, but there are five main components in every water pipe — the most noticeable of them is the tube. It’s the final part that fills with the already percolated smoke and it ends with the mouthpiece through which the smoke is inhaled. Often, the tubes also include ice pinches — inward points that keep ice inside the tube. These pinches further cool the smoke in the tube.
The base is the bottom of any bong and depending on the style, it can be of various shapes. Mainly, they’re either straight or with a beaker bottom. Beaker-based pipes are wider and more stable than the straight ones — they create a larger water chamber to cool the smoke.
The part where dry cannabis is loaded is called a bowl and weed is also combusted there. The bowl is usually removable, which provides more comfortable use and functions as a pull- or slide-carburetor.
The downstem is a small tube that connects the bowl with the base and this way, the smoke travels to the bottom to be percolated through the water. A diffused downstem usually has small slits at the bottom that filter the smoke. There are also bongs without a removable stem — they have an L-shaped attached stem that goes into the water chamber instead. The carb is a small hole through which the smoke is cleared from the bong and the most common type of it is a pull- or slide-carburetor.

An Elevated Guide: How to Have the Best Bong Experience
February 3, 2021

For the Glass Collector in Your Life: 4 Tips to Buying a Quality Bong
August 27, 2020