Electronic Cigarettes Could Save Health Care 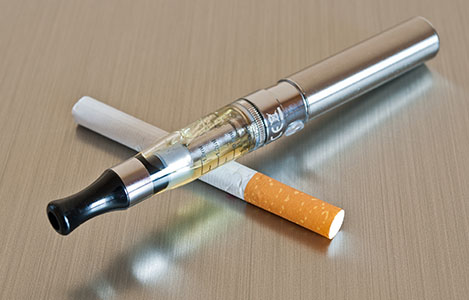 Electronic Cigarettes (commonly called a personal vaporizer [P.V]) are the most happening norm among teens and adults. There is yet a substantial amount of people who still do not approve of the usage of this device. If you are one of them, then please, please, please read this article with an open mind rather than judgmental.

A question comes to mind that what made this pseudo cigarette famous? The answer is simple. It gave the daily smoker the means to get rid (not completely, but still a considerable amount) of the addiction the actual cigarette had on him. Of course, one may contradict the use of e-cigarettes as it has yet not been determined if ENDS (Electronic nicotine delivery systems) are safe to operate. Even though the government still has not approved e-cigarettes as a cigarette substitute, the buyers are already feeling the difference.

The market is already fully stocked of harmful addictive substances available to the individual without putting any effort at all. Upon comparison, one can easily see that these e-cigarettes are much less toxic and dangerous. The smoke produced in the device is similar to that which is used in stage performances; it just gives the user an experience of smoking with a fraction of the effect that actual cigarettes had on their lungs. It is an excellent tool for reducing tobacco consumption, where the usual methods have failed.

In 2014 a report commissioned by Public Health England concluded that there is large potential for health benefits when switching from tobacco use to other nicotine delivery devices such as electronic cigarettes, but realizing their full potential requires regulation and monitoring to minimize possible risks. Recent studies have also shown positive results from the electronic cigarette, but these are from a shorter time frame. Due to limited studies they cannot be rock solid on the results it will have on long term usage. Nevertheless all the data collected till this stage points towards a positive direction.

I can vouch personally for their use because my father suffered from the same dilemma, but when his condition became fatal he was left with no other option. So upon my persuasion (I knew that he couldn’t quit if he tried) and doctors’, he switched to the alternative. We were impressed with the result. The air was much less notable and didn’t pose the same threat that the original one put on the people around, inhaling the air.

The sole problem that is associated with e-cigarettes is that they contain nicotine, which is not benign, might increase addiction in the young.

If you are still undecided as to whether you should use e-cigarettes or not, then you should waste no time. They are the best replacement there is. Check out our huge selection!