The Benefits of Using Water Pipes 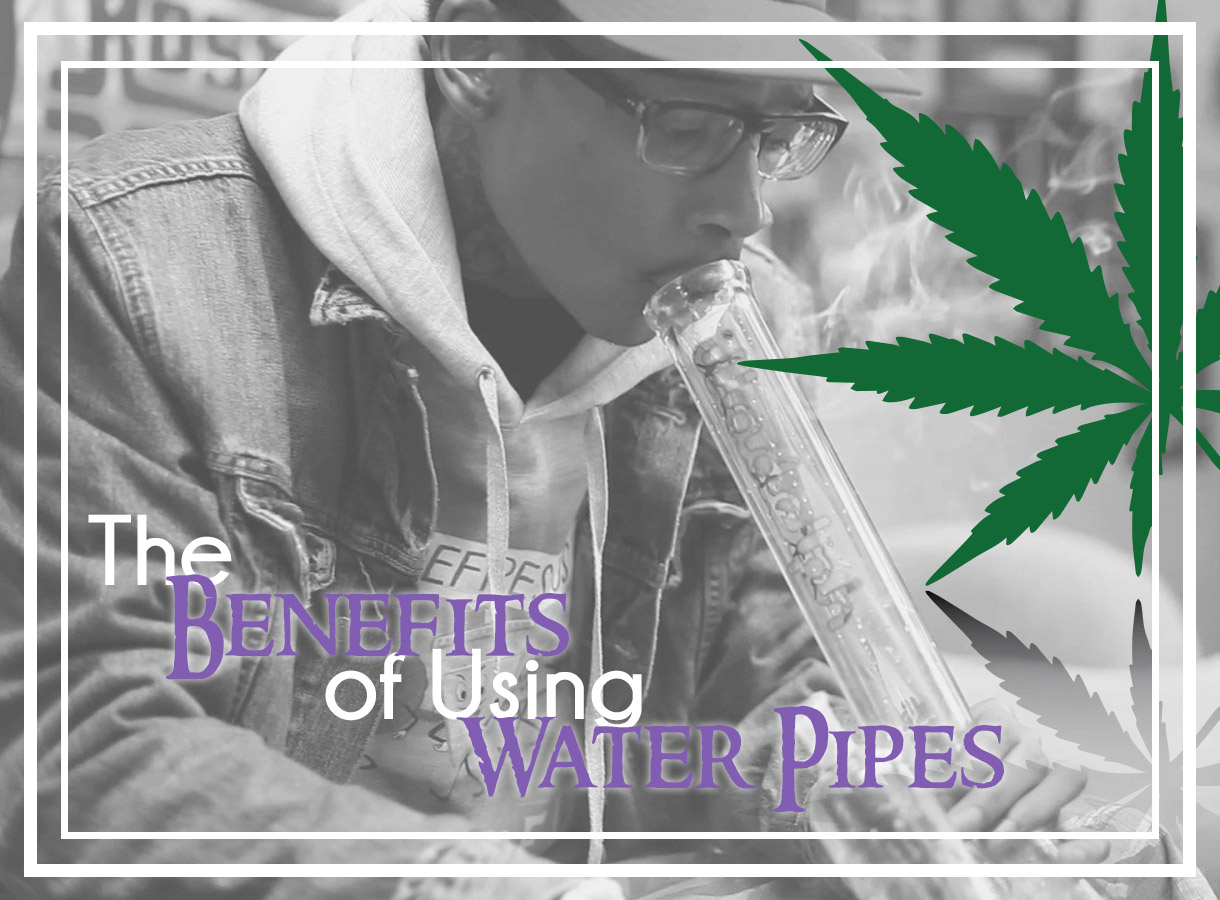 Whether you’re a newcomer to the benefits of smoking the ganja, or an old-school hippy who treasures his grass, chances are you’ve heard and seen water pipes (or bongs) around — at a friend’s, in movies (anyone else remember Billy Bong Thornton?!), head shops, etc. Over the past few years there’s been a lot of negative hype surrounding the use of water pipes for tobacco and marijuana, which have been largely over exaggerated. Here, we’ll discuss some of the awesome positive benefits of using these versatile babies.

Water Pipes are an easy way to introduce yourself, and others, to the experience of smoking. The bubbles the pipe produces during your inhale make the smoke much smoother on the throat than an average cigarette or cigar. Plus, taking shallower inhalations for shorter periods helps newbies ease into the full experience of smoking for the first time.

The main reason a lot of people opt in for the water pipe is purely so that the smoke won’t irritate the throat like almost every cigarette, cigar, cigarillo… does. Using warm water in your pipe kills off any bacteria that may have found its way into your smokable, which gives you a much cleaner inhalation. Cool water in the mix lessens the throat burn that some smokers receive. This equals a reduced exposure to common smoking related conditions, such as bronchitis.

Using a traditional glass pipe over typically less expensive plastic, PVC or aluminium ones can help reduce the additional chemicals that water pipes are often criticized for. In addition, smoking from glass creates a much purer smoke, allowing you to fully enjoy the taste of your particular strand.

Water pipes actually filter out a large number of carcinogens per inhalation, lowering your chances of ever developing illnesses such as lung cancer. Keep in mind that pipe smoking drives the smoke deeper and faster into the lungs. This means that while enjoying your greenery you don’t need to hit it up nearly as much as a typical joint. When smoking from a water pipe, a little goes a long way!

A Word to the Wise

ALWAYS remember to clean your water pipe. Re-using dirty water might be eco-friendly, but have you smelled your pipe after using it?! Nasty. Neglecting to clean your pipes actually cancels out the filtering effect, so make sure to clean your pipe regularly and thoroughly. Plus you’ll avoid the accidental pipe spillage syndrome, which leaves everything it touches reeking of used bong water.

Remember, using a water pipe is a personal preference, but it definitely does boast substantial benefits compared to other methods of smoking. Water Pipes are a cheaper, cooler looking and accessible alternative to the typical blunt. Check out all of Purple City’s wide selection of Water Pipes today by stopping by one of our convenient locations!

An Elevated Guide: How to Have the Best Bong Experience
February 3, 2021

For the Glass Collector in Your Life: 4 Tips to Buying a Quality Bong
August 27, 2020